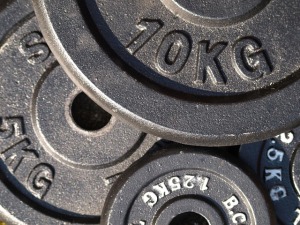 I meant to write something the last few weeks, but I’ve been preoccupied with a summer goal I made in June. This summer, I decided that I needed to get back into fitness. For the last ten years, I have been all over the place when it comes to health, exercise, and eating. There is definitely a reason I don’t follow food through social media or blogs.

Ten years ago, when I was a sophomore in college, I decided to change my life. In October 2004, I started eating healthy and went for long walks outdoors with a friend. Then we worked on incorporating jogging, also outdoors. I got to the point where I was running outside twice a day for quite a few miles, and I HAD to exercise. I was addicted. I also started eating less and less over time. By August 2005, I had dropped 67 pounds based on what I weighed the summer before I started college. Who knows? It could have been more, but I knew not to weigh myself prior because I didn’t want to feel discouraged by the number. My mind and body had definitely not caught up with each other. I felt exposed when I went back to school as a junior–my first test in this new body happened when I went to the orientation for my student job. I don’t mean it the way this is going to sound, but I felt like people treated me more nicely. Or maybe I was feeling better about myself and it resonated with others.

I was really in trouble with my health by the end of 2005. I was still technically not underweight based on the BMI, but I was too thin and hungry all the time, although I didn’t actually know it was hunger. (I still find it really difficult to say the word anorexia.) Then I started dating someone–my first dating experience–and it was surreal. I finally felt accepted, but I struggled with my self-image and confidence. I was still growing up. I had a difficult spring dealing with things. Summer came. My brother went off to the Army. I made it to the beginning of October before I took a leave of absence for the rest of  the semester. It was the right thing to do. The university gave me a year to finish that coursework. I went back to school for the Spring 2007 semester with 10 units, so I could still keep my grants and scholarships to pay for school. Later that spring, I met what would be my husband, and, together, he and I did healthy exercise together, and I learned to eat normally again.

I was in pretty good shape for a while, and then I went to graduate school. I was weighing 20 pounds more than my normal. For the last 4 years, I have struggled with 10-15 pounds, and I decided to do something about it. I re-started a regular exercise routine that is more than just cardio. I am working on building my strength with weight training at the gym near my house, and I have, surprisingly, been enjoying it. My goal for this semester Monday-Friday is to continue yoga (I started last summer) on Monday, a little cardio and weights on Tuesday, cardio on Wednesday, and a little cardio and weights again on Friday. I have a very tight schedule with my commute, so it’s going to be a challenge to keep it up. I also plan on walking during my lunch at work. If only I could will myself to get up 30 minutes early to hit the treadmill or neighborhood.

My weight hasn’t changed since the end of June, but my body has changed in muscle tone, and I have lost some inches. I am also feeling a lot better about myself. I feel like a weight’s been lifted. (Punny, I know.)

One thought on “Weight Lifting”